Price rises predicted to ease, but increases in 2021 still may make it difficult for first-time buyers 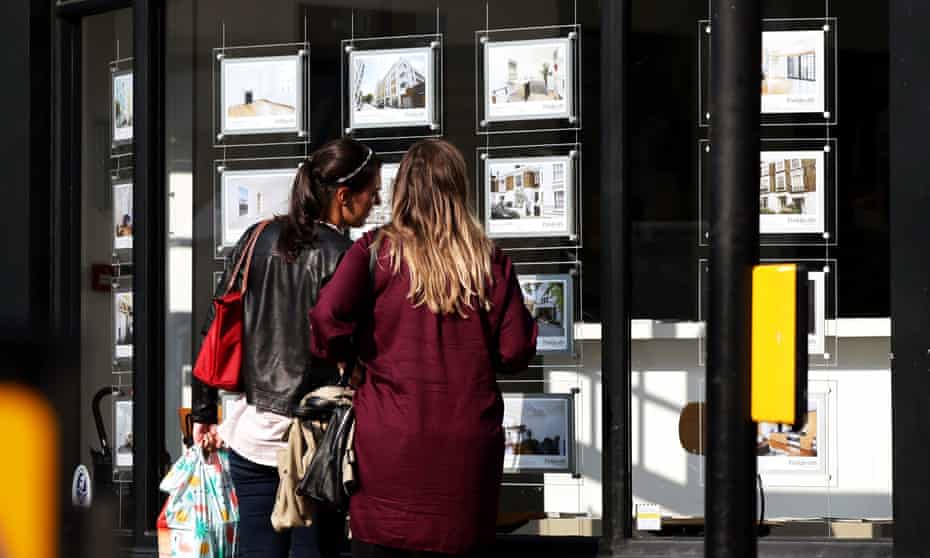 The year ahead could bring more stability to the UK housing market after a bumper year in 2021 when frenzied homebuyer activity pushed prices to record highs.

A stamp duty holiday that ended in 2021 helped to fuel about 1.5m house purchases across the UK last year, the highest number since before the global financial crisis.

According to trade association UK Finance, 2021 was the strongest year for mortgage lending since 2007. It estimates that £316bn of home loans were given, the highest figure since the £357bnrecorded 14 years ago.

James Tatch, the head of data and research at UK Finance, said: “We’re seeing a return to a stable path for new lending” for 2022 onwards.

He said a little bit more remortgaging activity was expected to take place in 2022 and that this could accelerate further in 2023.

In two years’ time, a rump of five-year fixed-rate mortgage deals will end, and borrowers will be looking to refinance these loans.

“That will provide a boost to remortgage numbers,” Tatch said.

The trend of people moving out of cities as a result of more flexible working conditions could persist. “It seems like it hasn’t run out of steam yet,” he said.

With house prices reaching record levels in 2021, housing affordability for first-time buyers may continue to be stretched.

Higher outgoings generally from inflation, which hit 5.1% in November, could mean some people have less income to spend on their mortgage.

According to the property professionals’ body Propertymark, there were just 20 homes available on average per estate agency branch by November 2021, the lowest figure in records going back two decades.

Propertymark said the imbalance between demand and supply had helped to drive up house prices. Thirty-eight per cent of homes sold for more than the asking price in November.

Propertymark’s chief executive, Nathan Emerson, said: “Agents are not seeing any signs that demand will slow in 2022.

“The question then remains, how does the market encourage new stock? Many sellers wait to see something they like and will market on account of having found.”

Mark Manning, the managing director of Northern Estate Agencies Group, which covers Leeds, Manchester and locations in Lancashire and Derbyshire, said: “A growing population in our thriving region is resulting in a significant increase in the number of buyers, and there’s simply not enough properties to satisfy demand.”

Rightmove’s director of property data, Tim Bannister, said: “It’s been a frenzied property market over the last 18 months, with changed housing needs driven by the pandemic inspiring many moves and lifestyle changes.

“However, while the pandemic is still having an ever-changing impact on society, we expect a housing market moving closer to normal during the course of 2022.

“A closer-to-normal market means a slowing in the pace of price rises, and a better balance of supply and demand for homes.

“We’ve seen a jump in the number of owners requesting valuations from agents with a view to marketing their homes, which suggests some fresh property choice could be coming to market.

“This will suit movers who may have held back from entering the hectic market during the last 18 months.”

Zoopla’s director of research, Richard Donnell, expects house sales to edge down to levels more in line with the long-term average.

“As the UK emerges from the impact of the pandemic, housing transactions are expected to decline by 20% from their high of 1.5m in 2021, to 1.2m in 2022, in line with the long run average, but still relatively high compared to the last decade,” he said.

“House price growth is expected to be 3% by the end of 2022, with the highest growth projected for the east Midlands and north-west England, while growth in London is projected to remain low at 2%.”

Donnell said there has been some general improvement to housing affordability in London in recent years, but that the issue would “continue to limit potential price rises in the highest value areas of London and southern England in 2022 and beyond”.

Mortgage rates edging up could also dampen demand, he said. The Bank of England raised interest rates from 0.10% to 0.25% last month.

Savills head of residential research, Lucian Cook, said: “2021 has been a remarkable year for the housing market, underpinned by a strong economic recovery, widespread reassessment of housing needs, ultra-low interest rate environment and, for the most part of the year, a stamp duty incentive.

“It will be difficult to replicate these market conditions throughout 2022.”

He said the continued imbalance between supply and demand indicated a “tempering of house price growth” rather than price falls.

“We have pencilled in annual price growth of 3.5% across the country as a whole for 2022, but this is on the basis that the so-called ‘race for space’ will ease,” he said.